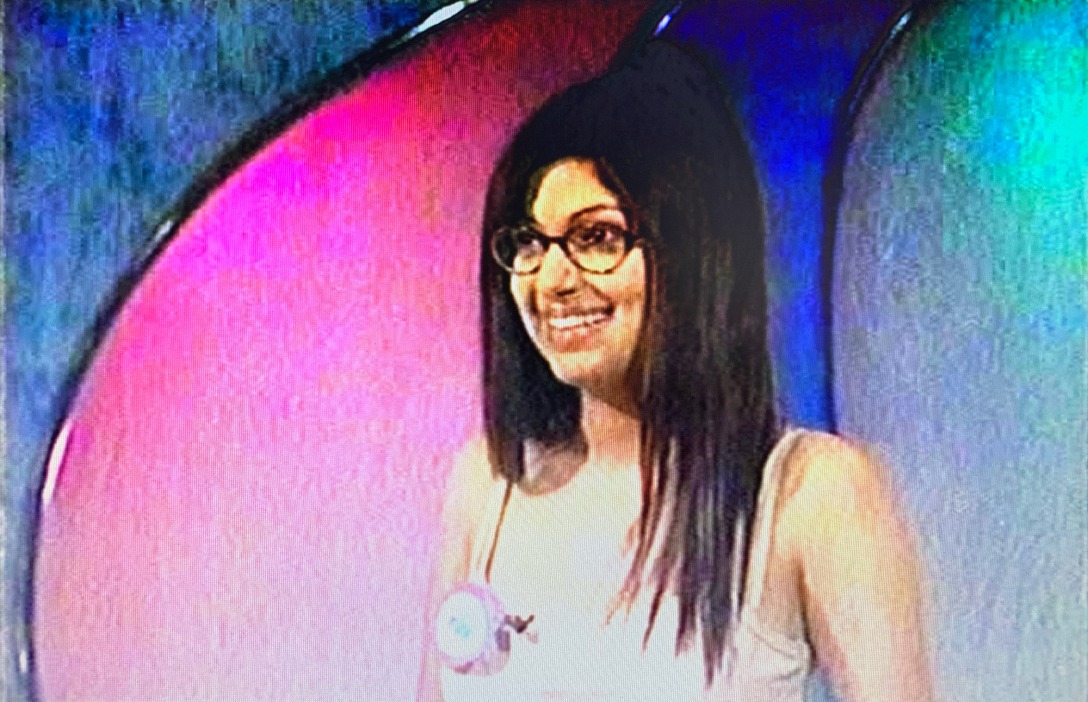 In 2002, I came second in a BBC comedy scriptwriting competition. I was only 22 and took the runner-up prize with my very first script – which filled me with horror. I was a fraud! I had no idea how to write a script, and someone was bound to rumble me very, very soon.

Then a friend saw an MA in Scriptwriting advertised in the paper. It was at Goldsmiths College, University of London – a prestigious arts college. If I actually learned how to write scripts, I decided, maybe I wouldn’t feel so fraudulent. I submitted an application, initially got rejected, then finally accepted for sheer persistence after I metaphorically hammered on their door.

There was an ethnic minorities’ bursary for one student attached to the course, which would cover the £3,000 course fees. I told myself I’d most likely get it – after all, there were only 12 students on the whole course. The odds were good, right?

Unfortunately for me, the bursary went to the very talented Veronica McKenzie, the only other BAME student on the course.

This meant I had to find £3,000 from somewhere. I was leafing through the Metro newspaper one day, and an advert jumped out at me: ARE YOU GOOD AT ANAGRAMS? DO YOU WANT TO WIN £3,000? Yes and yes!

The ad was for contestants for the Channel 5 show Brainteaser, which was produced by Endemol’s studios in Oxford. After a short telephone interview, I was given a date to appear on telly. I remember that they refused to reimburse travel costs, so I paid the £30 return in train and Tube fares vowing that I had to win, rather than end up £30 down.

I entered the Endemol studios and met the other contestants in the green room beforehand. I remember one of them, a lady called Joanne, trying to psych me out by listing all the TV shows she’d been on, including Bargain Hunt. She seemed very competitive and I could tell that she really wanted to win. In the green room were goody bags containing a purple Brainteaser-branded mug and pen, but being a design elitist I planned to give them to my nan.

The first round featured me and Joanne. We took our places behind two stands, but then I realised I had a big problem – I couldn’t see the letters on the screen! It was too far away and the letters were all fuzzy and blurry in front of my eyes. I’ve always been shortsighted, but glasses really don’t suit me and I’m too squeamish for contacts or laser, so I just sort of muddle along (don’t worry, I don’t drive).

Luckily, one of the elderly secretaries at Endemol had a pair of rather unfetching glasses which she lent me. We must have had the same prescription (about -1.5) as when I put them on the screen was crystal clear. With my sight problems out of the way, battle commenced!

In one round, we had to rearrange the segments to make a word. I was a bit rubbish at this on the day, though I can immediately see that the above word says INDIVIDUALISM. Joanne raced into the lead, but I fought back hard and eventually won by a single point.

We also had to fill in crossword clues in another round, which I was slightly better at. I remember that one of the words was about a religious day at Easter, and I got it right – ASCENSION – which is ironic given my later career activities!

The presenter didn’t seem to like me much, as between the rounds she came up and whispered to Joanne, ‘You can still win this, you know!’ Eventually, after a very hard-fought battle, I won. Joanne was disappointed and I felt sorry for her, but I had an MA to fund.

I remember that I was so tense, I kept whacking the buzzer super-hard instead of pressing it gently. The presenter told me off, and her link into the adverts was ‘Will Ariane survive the next round? Will the buzzer? Join us after the break to find out!’

With Joanne gone, the presenter asked me a few questions about myself. This was only my second time on telly, and I remember saying hi to my nan, who was watching. The presenter said, referring to the tense rounds between me and Joanne, ‘Your nan’s probably had a heart attack by now’ and I replied ‘I hope she hasn’t’ and the presenter retorted, ‘Well, of course we hope she hasn’t too – what sort of people would we be?!’

Ah, the joys of live telly…

After the break, I played a middle-aged woman called Glenys who was very sweet and gentle. This was a much easier battle, and I managed to buzz in (generally too violently) on 95% of the questions. I found the above round especially fun and easy – I can immediately answer STUDIO.

Then we played a general knowledge round which was not exactly Mastermind. Four clues would appear on the screen and you had to buzz in as soon as you knew the answer. (This one is TESS DALY.)

Throughout the show, the presenter kept telling people to phone in on a premium rate phone line to win a competition by answering the easiest anagram ever. Brainteaser would finally be cancelled when the show was implicated in the phone lines scandal of 2007.

As for me, I was through to the final round, which was a solo anagram round in which the questions progressively got harder. If you answered another clue correctly you’d get more money, but if you tried to answer and failed, you’d forfeit the lot.

Adding a D to the word SUE to form a new word was easy, but adding a V to AROUSED? When I reached AROUSED (so to speak) I wondered if I should stick at £1,500, and nearly did – but then I found the courage to go for the £3,000, as that was what I’d come on the show for…

… and let’s just say I SAVOURED my win! The £3,000 was mine, and therefore I could afford the MA. Though it was a nightmare course and definitely wasn’t worth the £3,000, but that’s another story entirely.

Winning Brainteaser gave me the confidence to apply for Countdown, which was a brilliant experience. I got the telly bug and would go on to appear around 20 times on news and current affairs programmes on the BBC, ITV1 and Channel 4. Plus my nan liked her Brainteaser mug and pen, and thankfully she never did have a heart attack.

If you enjoyed this blog, please check out my songs at arianexmusic.com and support me on Patreon from just £1 a month, and you’ll get to read a lot more of my writing.

I'm a comedy writer and I'm going to fill up this text box to prove it, dammit! I've written for The Guardian, The Sunday Times, the BBC and now I'm writing for YOU: blog posts full of jokes for your eyes to drink in and then cry happy tears. View all posts by Ariane Sherine